Alaska is a state in the North Western region of the United States. It has been a state for about 63 years now, has a population of around 736,000, and the median income is $77.8k. Around half of the population lives in the Anchorage metropolitan area, which has almost ten times the population of the next largest Alaskan city, Fairbanks. It has the highest proportional indigenous population, at around 15%, with the rest being almost entirely White. While per capita income in Alaska is one of the highest in the country, it has an equally high cost of living due to its remote nature. Its economy depends heavily on natural resource extraction, particularly oil, coal, silver, and zinc. Almost 85% of the state budget is supplied by oil revenue. It also has large tourism, logging, and fishing sectors, as well as being greatly supported by the US military bases in the region. Alaska has been republican leaning since the 1970's. 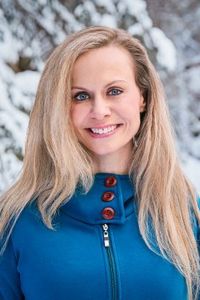 Lisa Murkowski is the daughter of former Alaskan Senator Frank Murkowski and Nancy Rena. She graduated with a B.A. in economics from Georgetown in 1980 and obtained a doctorate from Willamette College of Law five years later. She was first elected to the Alaska House of Representatives before being appointed Senator by her father after he resigned. She has since been relected three times, but has never won a majority of the vote when doing so.

Kelly Tshibaka was born to Bill and Michele Hartline, an electrician and oil worker respectively. She earned a B.A. from Texas A&M in 1999 and a law degree from Harvard in 2002. She has worked as commissioner of the Alaskan Department of Administration, special assistant to the Department of Justice's Inspector General, acting inspector general at the Federal Trade Commission, and assistant inspector general and chief data officer at the United States Postal Service

The winner of the primary with 45% of the vote was incumbent Lisa Murkowski, a Trump-opposed moderate republican, with the runner up with 39% of the vote being Kelly Tshibaka, a pro-Trump populist republican. The Democrat, Patricia Chesbro, lagged behind in a distant third place with 7% of the vote.

Major issues on which Tshibaka and Murkowski diverge are cooperation with Democrats, abortion access, education, and support for former president Trump. On her campaign website Tshibaka highlights her support for expanding oil access, deregulating the economy, supporting former president Trump, privatizing healthcare, and promoting election security as key issues that differentiate her from Murkowski. During public events she has repeatedly criticized Murkowski for voting to impeach former president Trump, working with president Joe Biden, being a DC insider, and being the second generation of Murkowski to hold the seat. Murkowski has a wider and more detailed range of policy issues and strategies, and has highlighted Tshibaka’s comparative absence and reliance on Trump’s endorsement to paint her as lacking the experience or plan necessary to be an effective senator.