Alabama is a southern state, bordering the Gulf of Mexico and Florida. It has gained infamy recently due to its--allegedly--racially biased congressional maps. In the early 20th century, despite the growth of major industries and urban centers, white rural interests dominated the state legislature through the mid-20th century. During this time, urban interests and African Americans were markedly under-represented. High-profile events such as the Selma to Montgomery march made the state a major focal point of the civil rights movement in the 1950s and 1960s. During and after World War II, Alabama grew as the state's economy diversified with new industries. Alabama's economy in the 21st century is based on automotive, finance, tourism, manufacturing, aerospace, mineral extraction, healthcare, education, retail, and technology. College football is extremely popular in Alabama, particularly the University of Alabama Crimson Tide and Auburn University Tigers, rivals in the Southeastern Conference. Alabama averages over 100,000 fans per game and Auburn averages over 80,000—both numbers among the top twenty in the nation. Roll tide. 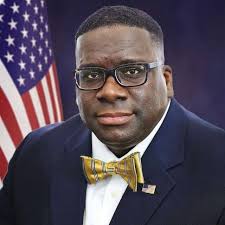 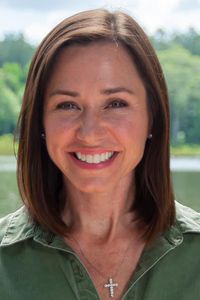 Will Boyd is the Bishop of Zion Ministries and pastor of St. Mark Missionary Baptist Church (established 162 years ago), and was the 2016 democratic nominee of this exact senate district. Boyd prioritizes universal pre-K, affordable health-care, and strengthened environmental protection laws. Overall, Boyd fights for ethical excellence in the office, economic development, and “ensuring all Alabamians have their voices heard at the ballot box”. Boyd has been endorsed by groups such as the Alabama Democratic Conference and the District 20 United Mine Workers of America.

From 2016-2018, Katie Britt served as Chief of Staff for the U.S. Senator Richard Shelby of Alabama. Since 2018, Katie Britt has served as the first woman CEO of the Business Council of Alabama. Britt is pro-life and has been vocal lately over the issue of abortion. She is a proponent of school choice, and hopes to remove critical race theory from all school curriculum. Since June 11, 2022, Britt has been endorsed by Trump, along with other local groups such as Alabama Restaurant and Hospitality Association.

A recent 2022 survey from the Alabama Arise indicates more than 7 in 10 Alabama voters are in favor of expanding medicaid. Another poll found that Alabamians would most like to see change in the K-12 education system.