Arkansas is a landlocked state in the South Central United States, bordered by Missouri in the North, Tennessee and Mississipi in the East, and Texas and Oklahoma to the west. Arkansas is comprised of a mostly non-Hispanic white population, with this demographic describing 72.0% of the residents in Arkansas. It is also part of the Bible Belt and predominantly Protestant with 79% of its total population identifying as Christian. 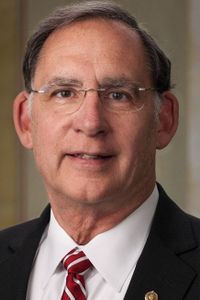 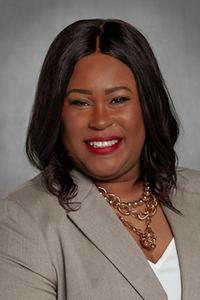 The Republican incumbent, John Boozman, assumed office as a Republican in the U.S. Senate on January 3, 2011 and is running for re-election to represent Arkansas. From 2001 to 2011 he served as the congressional representative for Arkansas's 3rd congressional district. Ranking as the 38th most wealthy senator in 2012, Boozman experienced a Personal Gain Index (PGI) of 173%. For reference, the average American citizen experienced a decline of -0.94%. Boozman worked as an optometrist before assuming office.

Natalie James is running for election to represent Arkansas in the Senate as a Democrat. She grew up in Little Rock, Arkansas and worked as a realtor before pursuing politics. As a testament to her "civil rights politically minded background", James's campaign themes span "defending attacks" on women's healthcare, the LGBTQ community in Arkansas, small business owners, and criminal justice reform. According to James, her goal is to leave a "deeply and profound legacy" and to "make our society better".

John Boozman is an incumbent and advanced from the Republican primary with 58% of the vote. He ran with the endorsement of former President Donald Trump.

Natalie James advanced from the Democratic primary with 54.1%, beating out the runner-up candidate by more than 30,000 votes.

Boozman's campaign themes span securing the border, winning the War on Terror by confronting "Radical Islam", protecting our Second Amendment rights, and overhauling Arkansas' tax code. His stance on these issues has earned him ex-President Donald Trump's "complete and total endorsement" as well as endorsement from Republic political spokesperson Sarah Huckabee Sanders and Arkansas' current Republic senator Tom Cotton. Notable controversies from his previous terms include his "not guilty" vote in Donald Trump's impeachment for high crimes and misdemeanors, his signature on a letter to Iran warning against signing a nuclear deal with the Obama Administration, and claiming that Planned Parenthood has played a role in "harvesting organs from unborn babies" during the Planned Parenthood controversy in 2016. He has repeatedly voted against the renewal of the Violence Against Woman Act and to restrict women's abortion rights whenever possible. James claims that she will end current Arkansas Republic Senator and Boozman's close friend Tim Cotton's "dark money", asserting that his money has been used to silence candidates in previous elections. If elected, she hopes to serve on the joint economic committee, the small business & entrepreneurship committee, the banking, housing, & urban affairs committee, and the agriculture, nutrition, & forestry committee in the Senate. She plans to expand access to voting rights for all groups, criminal justic reform, affordable health care, advocate for a living wage, move our nation forward on the climate crisis, and invest in Arkansas's public education system. James would like to restore hope and trust in the government.