The 6th largest state by population, Georgia has historically voted republican but in recent times Georgia has become a swing state. Over the last twenty years, Georgia's white population has decreased from 71% to 60%. Nearly six in every ten of Georgia's population resides in its largest city, Atlanta, and its surrounding metropolitan area, which is 50% black. Georgia is known for its peach cobbler and for being the first state to lower the legal voting age from 21 to 18 under the slogan "Old enough to fight, old enough to vote" following the onset of World War II. 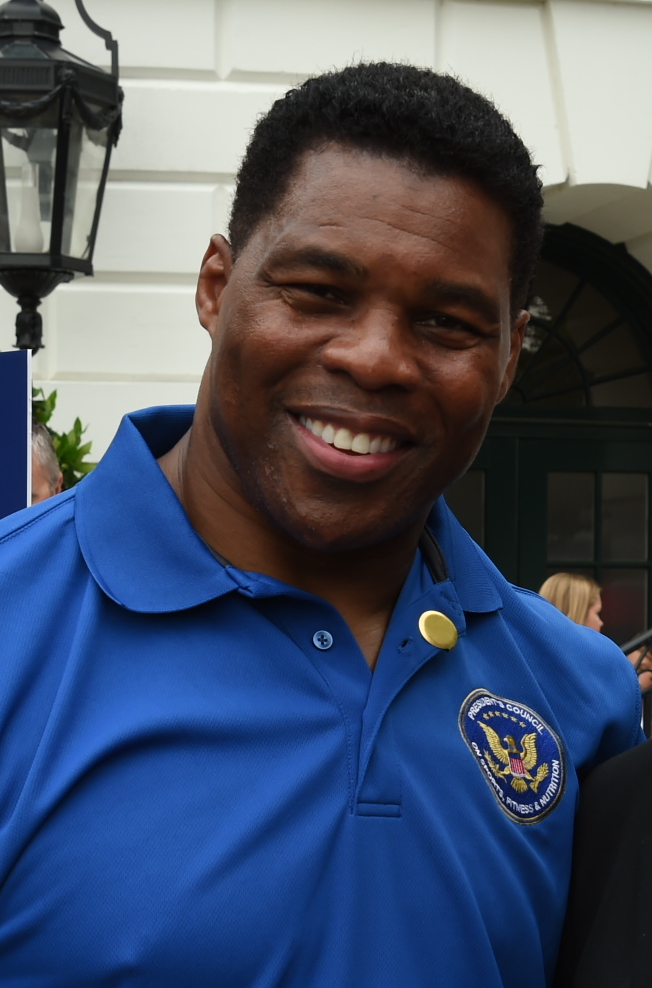 After winning a special run-off election against then Georgia Senate incumbent Kelly Loeffler (R) in 2021, Raphael Warnock became the first democratic senator of Georgia since 2005. Warnock has a strong background in religious studies and philosophy. He serves as the senior pastor of Ebenezer Baptist Church, where Dr. Martin Luther King, Jr. also served as pastor. He is a strong advocate of expanding health care coverage and raising the minimum wage to ensure every Georgian can make a living. His merchandise is top notch, with well priced crew necks and high quality magnetic bumper stickers.

Herschel Walker played professional football in the NFL for 12 years. He competed in the 1992 Olympics as part of the USA bobsleigh team, and practiced mixed martial arts. From 2018 to 2020, he served under the Trump administration as the President’s Council on Sports, Fitness, and Nutrition. Walker supports abortion bans with no exceptions, and favors reducing federal regulations to boost the economy. When asked whether Joe Biden had fairly defeated Donald Trump in Georgia, Walker replied, "I have no clue".

Warnock, the present incumbent, garnered 96% of the vote in the Democratic primary.

Walker won 68% of the vote in the Republican primary.

It is important to note that, due to how close the race is, the roughly 4% of voters opting for Chase Oliver (L) will have a significant swing in the outcome of the race, as one candidate must receive more than 50% of the vote to prevent a run-off election. Important issues in Georgia include law enforcement reform, COVID-19 regulations, and labor rights.