North Dakota is a U.S. state in the Upper Midwest, sharing one border with Canada. North Dakota is a major agricultural state, leading the nation in the production of spring and durum wheat, peas, beans, flaxseed, and canola. It features the largest grassland in the United States, as well as the 70,000 acre Theodore Roosevelt National Park. North Dakota’s population is only 760 thousand, and 86% of the population is white. The state historically leans Republican. 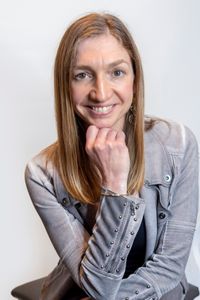 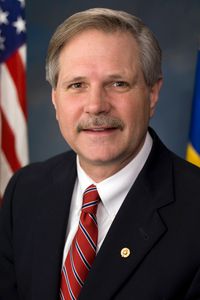 Katrina Christiansen is progressive Democrat. She has no background in politics, and has previously worked as an engineering professor, a plant engineer, a pilot project lead, and a director of malting research. She is affiliated with Washington PTO and the Stutsman County Human Rights Coalition, and her campaign goals involve improving federal education and healthcare programs, promoting industry in the state, and pushing for the implementation of renewable energy systems.

John Hoeven is a moderate right candidate. Due to his moderate political leanings, he may break with Republican Party lines more than other candidates, especially on issues such as infrastructure and education. While endorsed by Donald Trump, he does not believe the 2020 election to be fraudulent. He assumed his position in 2011, after working as a banker and serving as the Governor of North Dakota from 2000 to 2010. His campaign funds total almost seven million dollars, compared to his opponent’s total of only 60 thousand.

Christiansen defeated Michael Steele in the North Dakota Democratic primaries, with 76.2 percent of the vote.

John Hoeven, the incumbent, defeated opponent Riley Kuntz in the Republican primaries, with 78.5 percent of the vote.

Hoeven is pro-life, and holds conservative stances on several high-publicity issues such as marriage equality, gun control, and criminal justice. Christiansen is pro-choice, and holds progressive views on these issues. In the upcoming election, marijuana legalization is appearing on the North Dakota ballot for the first time. While Hoeven is not pro-legalization, he has not spoken out against marijuana. Christiansen has stated that she supports medical legalization. Polls show that less than 40% of North Dakota voters supported legalization. There has been controversy in North Dakota around bills regarding the rights of school children, including the rules about which restrooms transgender students are allowed to use. While Hoeven has not spoken about his views on transgender rights, he opposes same sex marriage, and has voted against banning discrimination based on sexual orientation.